Stories Give You Knowledge

Come Back Every Week For A New Chapter

Chapter One How it all began
Once there was an oak tree who lived all alone in the farm yards of Jerry McKornic. Who lives on a hill just south of the oak tree. The tree sat there for many years, no one ever came to visit, or play in her branches, or even just sit at the bottom of her trunk. So she sat there day after day, week after week, month after month. year after year. Until, a boy came along and climbed in her branches, she felt useful for once. And that"s how it all began.

Chapter 2 The War
In 1861 the family had to move because of the civil war. It was passed through the abandoned farm this was the battle of Shiloh. The oak tree survived but many were destroyed. After the war was over the family moved back. When the boy saw what had happened he quickly uprooted all but the oak tree. They replanted every tree. Many animals had lost there homes so they did not hunt until all the trees grew back.

Chapter 3 Winter
They never thought the trees would grow so slowly during the winter they had know idea of what to do. They had know food stored for the winter. Luckily the animals were so glad they had quit hunting till they could fix their homes so they never ate each other. One day they all gathered to talk about the kindness of the humans and how they must repay the favor. They decided to give them all the rest of the food they had stored up.

Chapter 4 It Is The Day
The day came that they brought the food to the humans was a lovely winter morning. They laid the food down on the door step. While no one saw this but the little boy Tommie was watching from the upstairs window. He always played with the animals from then on. So it seems that even though no stump ever crackled they did crackle kindness into the farm yards of Jerry McKornic. I should know for I was the one they called Tommie. 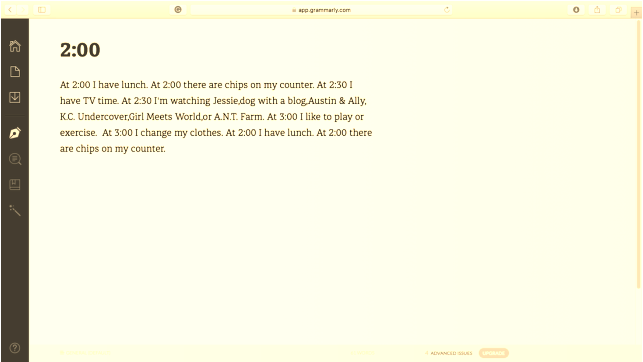